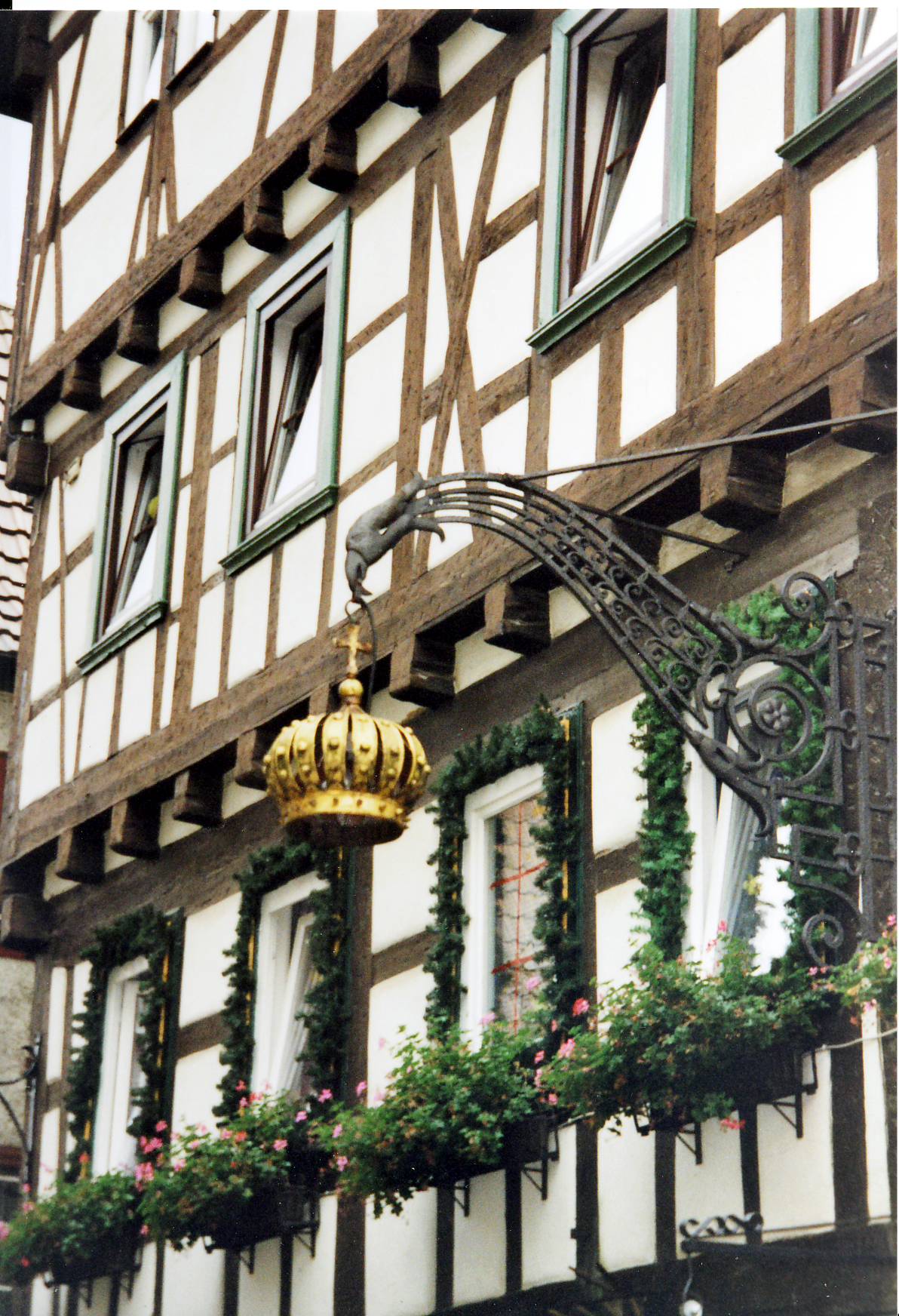 History of Germanic Collections at the UCLA Library

(From A History of Germanic Collections at the UCLA Library, by Michael Olson, a publication of UCLA Libraries, 1991. Michael Olson was Germanic Studies Bibliographer at UCLA between 1989 and 1994. Adaptations made with kind permission of the author.)

Just over sixty years old, Germanic collections at the UCLA Library are among the most notable in North America. The Library in the thirties and forties was relatively weak in books published in foreign languages—except its Germanic collections, whose growth was phenomenal among university libraries during this period. Primary emphasis was placed on retrospective collection development: largely scholarly collections of Germanic Studies were purchased with the financial backing of the University of California Board of Regents.

In 1930 the Library acquired 2,000 volumes of Baltic and Nordic history from the Danish archivist Kristian Erslev. This marked the first of a series of Germanic bulk purchases that brought the Library the fame these collections bear today. In subsequent years the Library purchased the private libraries of Professors Friedrich Kluge (in 1936 for $42,000; 5,000 works on lexicology, philology, dialectology, onomastics, and folklore); Rolf Hoffman (acquired in 1938 for $12,000; over 10,000 works on belles lettres, modern philology, art, economics, philosophy, and political science); Otto Bremer (in 1938; 6,000 works on philology, dialectology, and folklore); and Konrad Burdach (in 1938; 22,000 works on German history and literature, from medieval times to the eighteenth century). Taken together, these purchases added approximately 45,000 volumes to the nascent Germanic collections.

Surprisingly, perhaps, relatively little competition for Germanic collections existed between the libraries at UCLA and UC Berkeley. Costing $18,000, the Burdach and Bremer purchases were funded jointly for division between the Berkeley and Los Angeles libraries. So was the library of Professor Kluge of Leipzig, then thought to be the largest private collection of Germanic linguistics. In the case of all three purchases, the UC Berkeley Library received the cream, the UCLA Library the "leftovers." Since Berkeley's Germanic collections were second only to Harvard in the thirties, UCLA received many materials already duplicated there. For this reason many folklore materials from Archer Taylor's personal library were sent to UCLA, although he was professor at UC Berkeley. By the late forties—within a twenty-year period—the UCLA Library had acquired major collections of Germanic Studies in literature, philology, linguistics, and folklore, collections which were legitimately comparable with those at Harvard, Yale, Chicago, Berkeley, Illinois, and Stanford.

Several faculty members encouraged the Library's acquisition of Germanic collections during the formative years. Surely the most active professor was Gustave O. Arlt, who joined the Department of Germanic Languages in 1935. The development of the Scandinavian collections was strongly supported by Professor Erik Wahlgren, who recommended in the early forties the purchase of scholarly collections from Axel Kock and Verner Dahlerup.

The political climate prior to and during World War II aided the Library. When Los Angeles served as an artificial Heimat for German cultural refugees, UCLA's burgeoning reputation facilitated the acquisition of artists' archival materials. Arlt enjoyed conversing on du-terms with Franz and Alma Mahler Werfel, Bertolt Brecht, and Lion Feuchtwanger (but not with Thomas Mann, who, formal as ever, insisted on having himself addressed as "Herr Doktor Mann" and addressing Arlt as "Herr Doktor Arlt"). The literary papers of Franz Werfel were sent to the Library's Department of Special Collections in 1948; Arlt mediated the transaction. (Werfel had received an honorary doctorate from UCLA in 1943, then an extra-ordinary achievement for an émigré.)

German instruction at UCLA more than held its own during the war years, and today the Library is the better for it. Refugees were enrolling as students at UCLA, e.g. William Melnitz, formerly a preeminent producer and director of theater in Germany, Austria, and Switzerland. Like so many other German-speaking émigrés, Melnitz moved to Los Angeles. Unable to find satisfying work in Hollywood, he enrolled at UCLA in the Department of Germanic Languages, received his Ph.D., and became a professor in the School of Theater, Film, and Television, and later Dean of the College of Fine Arts. Today the William Melnitz Hall at UCLA hosts productions related to the School, and many donated books from Melnitz' personal library are in the UCLA Library.

The fifties, too, constituted a boom for Germanic collections. In 1950 the Library's Department of Special Collections acquired some 1,300 works by and about Benedictus de Spinoza, including not only the philosopher's works but first editions of seminal eighteenth-century German minds such as Johann Gottfried Herder, Friedrich Heinrich Jacobi, and Moses Mendelssohn. In the same year Arlt became the Associate Dean of the Graduate Division; he succeeded Vern O. Knudsen as Graduate Dean in 1958. Arlt established Scandinavian Studies as a formal discipline, along with a number of interdisciplinary fields of study—folklore, comparative literature, linguistics—each requiring pertinent library materials within the Germanic realm. Wayland D. Hand, then Professor of Germanic Languages and Folklore, worked with the Library in securing a folklore collection of international stature. Eli Sobel, another former professor of German, presented early German printed books and other materials to the Library, many of which he bought at bargain prices from all points of the globe. Scandinavian collections, too, received beneficent assistance when Waldemar Westergaard served as chair of the Library Committee of the Academic Senate. In 1954 the Library acquired 10,000 items on the history of German theater from director George Altman. Finally, Heinrich Schnitzler, son of the Viennese writer-doctor Arthur Schnitzler and a former member of UCLA's Theater Arts faculty, presented the Library with his father's journals, written in a scrawl so cryptic, even professional graphologists might find it confounding. The journals complement Arthur Schnitzler's first editions and thirty-eight reels of microfilm materials owned by the Library.

From the mid-nineties on, electronic publications started to enrich the scope of scholarly materials. Due to the generosity of the Friends of the Library, the Research Library acquired Goethe's Werke on CD-ROM, a full text electronic database of Goethe's collected works. Another important source, more than 300 volumes of the Monumenta Germaniae Historica, a collection of medieval historical text, is coming out in electronic form as a series CD's, the acquisition of which is financed by Henry J. Bruman Educational Foundation. The Sagas of the Icelanders, and collected works of Nietzsche and Kant are also held at UCLA in the form of searchable electronic databases. These publications open new horizons to the study of texts as well as visual objects.

The library acquired a number of full text and bibliographic databases in the Germanic field: the Digitale Bibliothek deutscher Klassiker im WWW is a full text database of the most important German authors, the Bibliographie der deutschen Sprach- und Literaturwissenschaft is the electronic version of the Eppelsheimer-Köttelwesch bibliography, the Xipolis German Reference Resources includes a large number of the major reference volumes in searchable electronic format.