A playlist of music for stressbusters. 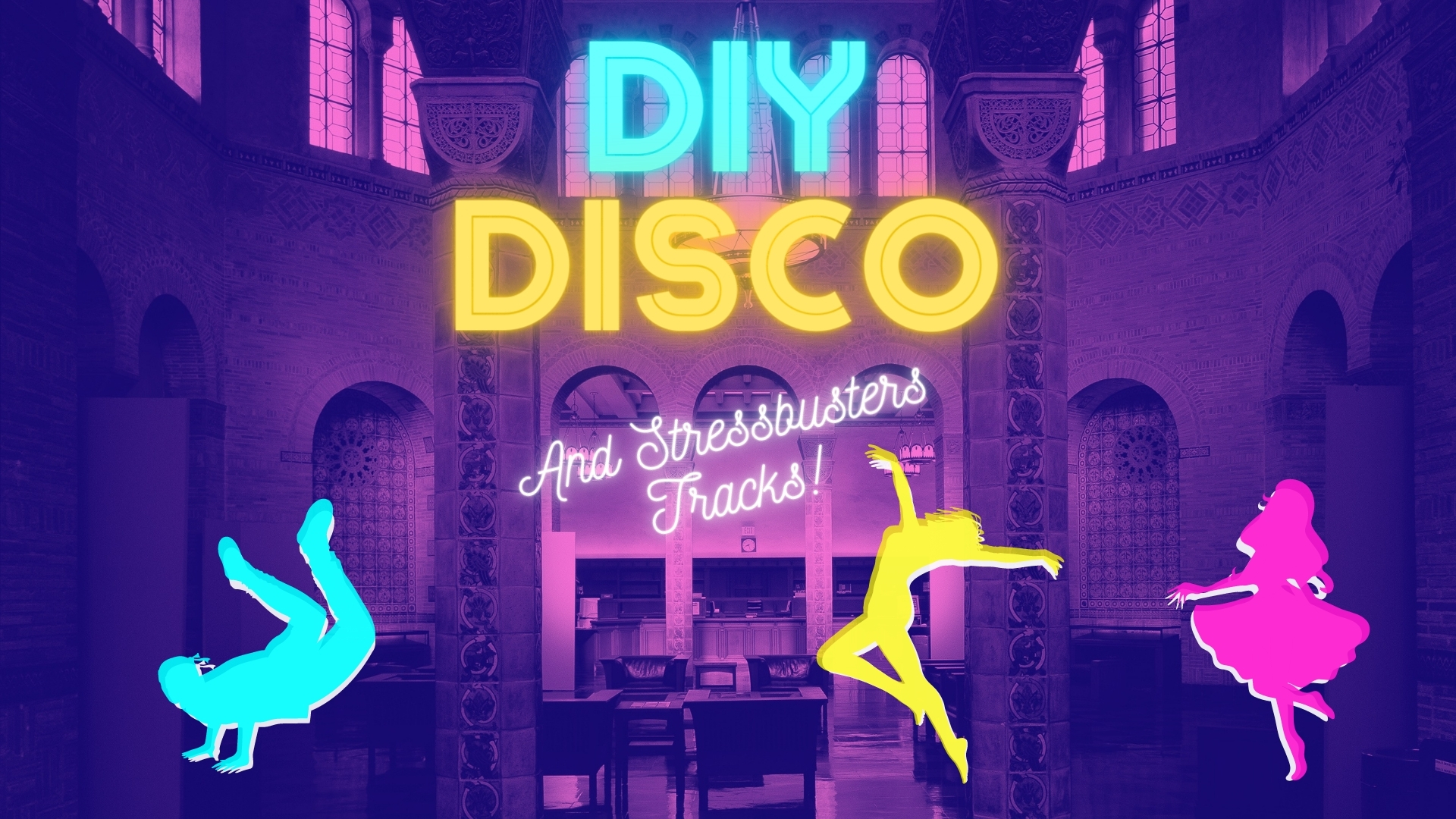 The UCLA Music Library has created these playlists to help you Dance, Energize, Reflect, Relax, and Move during finals. We've also created a playlist for children (and everyone else!). We hope you can enjoy and use them! Let's Dance!

Not sure what to listen to? Try Bridget's Mix for an expert-selected sample!

All of the recordings highlighted here are in Avalon, which requires UCLA authentication to access. You can browse Avalon and listen to the thousands of tracks provided there for UCLA students, faculty and staff by the UCLA Music Library.