UCLA Library Special Collections has built in-depth collections that reflect trends in arts and architecture in the Los Angeles region, especially as the metropolitan area grew during the Modernist movement. 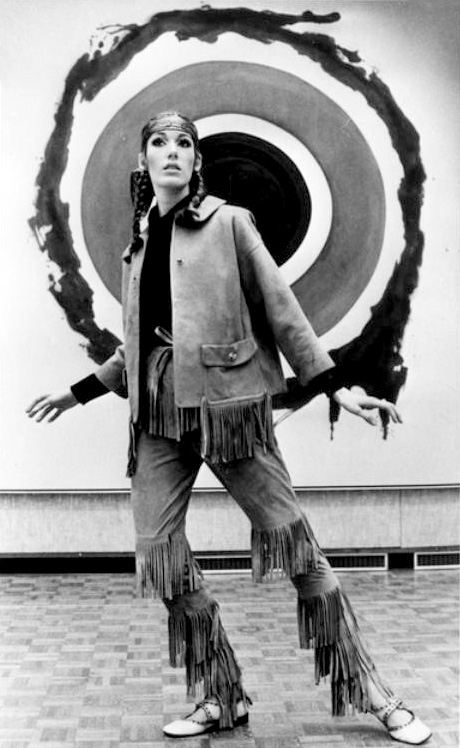 Library Special Collections owns a copy of the Gazette du Bon Ton, an exquisitely designed and colorfully illustrated French journal published between 1912 and 1914 that was the forerunner of Vogue magazine, as well as the rare 1914 color-plate book known as Le Vrai et Faux Chic by Sem, a work that sought to distinguish between fashionable women of good taste from the false chic of the unfashionable. A collection of more than two hundred drawings by the extraordinarily important early twentieth-century fashion designer Lucile, Lady Duff Gordon (1863-1935) documents her designs between 1913 and 1923. One of Lucile’s protégés was Robert Kalloch, who went on to an important career in motion picture costume design. His sketches, dating from the 1930s to the early '40s, are found in the papers of Peggy Hamilton Adams, a colorful figure whose voluminous papers document her career as the self-proclaimed "best dressed girl in Hollywood." Seventy-three large scrapbooks contain photographs of her remarkable wardrobe when she was active in fashion between 1917 and 1934. Collection also contains an important collection of sketches by Dorothy Jeakins, one of the most successful motion picture and television designers.

Rudi Gernreich (1922-85) was one of the twentieth century's greatest fashion and design innovators, receiving numerous awards for his work done largely in Los Angeles. His large (189 boxes) collection includes correspondence, clippings, bills, photographs, and family papers as well as clothing, accessories, products, and related items designed by him.

Another key twentieth-century designer is Bonnie Cashin, whose archive consists of sketches, clippings, photographs, diaries, videos, and examples of her designs. Born in Oakland, California, in 1915, Cashin spent her youth in Southern California. After several years designing costumes for the stage, she went to work for Twentieth Century Fox in Hollywood, creating costumes for more than thirty major films. In 1949 she moved to New York to open her own business, which flourished until the 1980s.