This guide is to help orient you to in the history of the European book up to the year 1600. During this period, letterpress printing emerged as one of the dominant modes of disseminating information in Europe. Letterpress co-existed alongside woodblock (xylographic) and intaglio (engraved plates) printing.

Before beginning research with early European printed books, we recommend that you take the time to explore chapter five  The History of the Book Coursebook by Dr. Johanna Drucker.

For two brief videos on printing practices during this period

The earliest type of printing to occur in Europe was woodblock prints. Blocks were used to print on fabrics, and also to make ephemeral objects like playing cards. Despite the early use of block printing, there is only shakey evidence that books were printed by means of blocks prior to the invention of the printing press.

The earliest ‘block books’ - sometimes called 'Pauper's bibles (biblia pauperum) - were heavily illustrated abridged versions of the bible (see one here）. These block books were most popular in the 1460s, but they gradually fell out of popularity. Despite the decline of block books, wood blocks remained important to European printing. Illustrations, intitials, and type ornaments were all printed using wood blocks until the end of the age of the printing press.

For scholarship on the history of European wood block (xylographic illustration) see:

This introductory essay from the MET museum 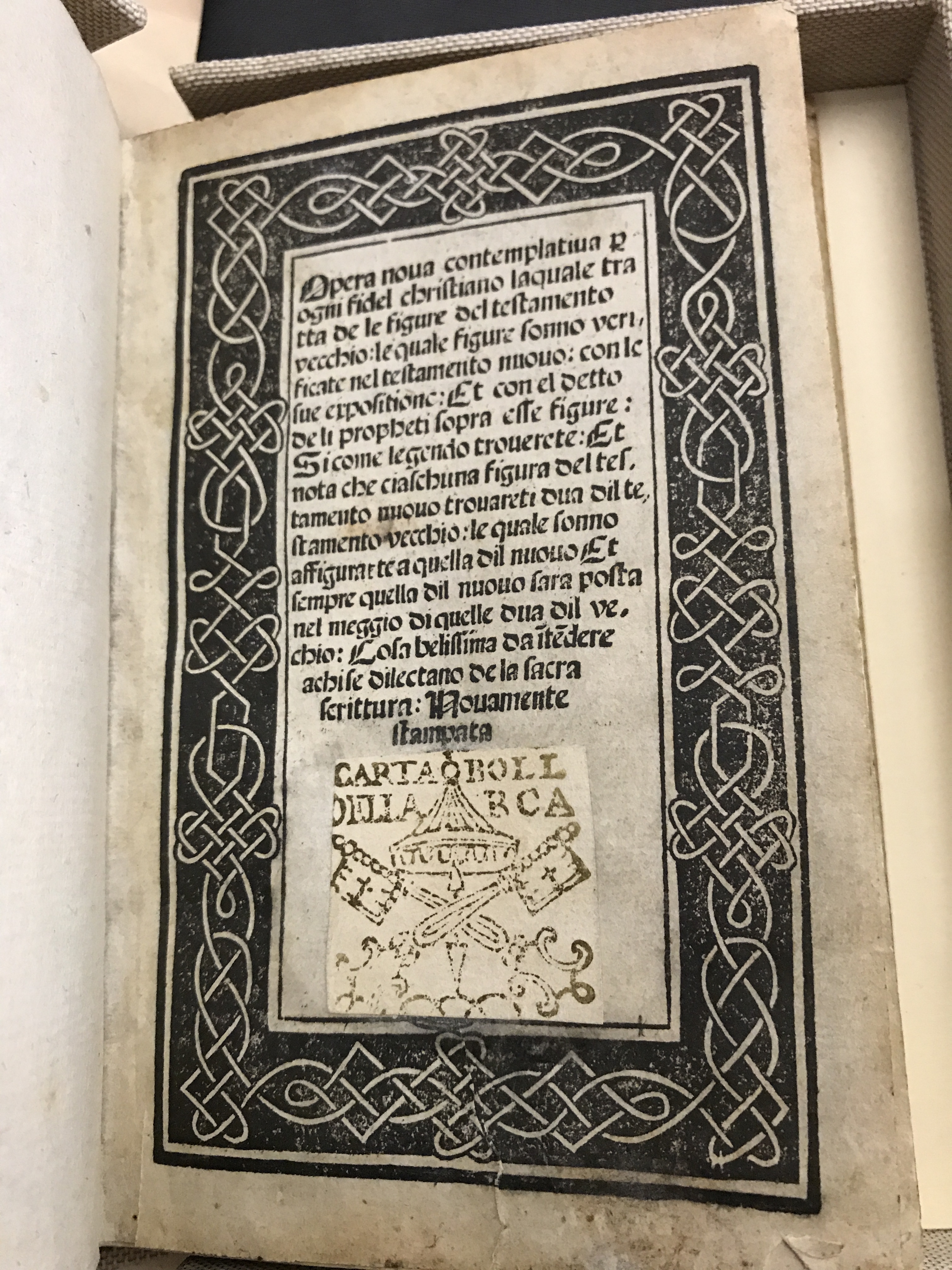 Intaglio printing was a method of printing from engraved surfaces. This form of printing emerged sometime in the 1470s, and by the seventeenth century it was one of the most common ways of producing images in books.

For a brief video illustrating this process see:

For scholarship on the printing process see:

Printing with movable type began in Europe in the 1450s, when Johannes Gutenberg combined the preexisting technologies of the screw-press (for making wine), engraving, and casting to make the "printing press."

"Inventing" the printing press required several different innovations. Take a look through the videos below to look at the many different steps it took to create a page of printed text using movable type:

The printing press spread rapidly across Europe. Although there was only one press in 1450, by 1499 there were presses in most urban centers, as you can see in the image below from "Information technology and economic change: The impact of the printing press," by Jeremiah Dittmar.

The Printed book before 1500 in Europe

Several online resources are essential for anyone interested in studying the history of European printing before 1500:

A collection of insightful essays on the impace

The Collection at UCLA

Incunables have call numbers beginning with A1.